SwiftUI definitely makes things easier, components that in the past you should spend days trying to do you can now do it in minutes. This is also true for animations.

Some time ago, I was reading Twitter, and one of the iOS developers that I follow said something among these lines: “Keep iOS animations fast”. And I totally agree, there’s a fine tune between a “swoooosh feeling” and total cringes when talking about animations. Imagine if when you tap to open an app, the expanding animations from the home screen took 3 seconds. That would be terrible!

It is also good to mention that this is not the first time we approach SwiftUI animations in Holy Swift, we already created an animated home screen in SwiftUI that you can study as well.

And if you are not interested at all in SwiftUI animations, one of my favorite articles is about creating pixel art animations using just UIImageViews, it definitely worth reading.

The painting I chose today is called Prince Balthasar Carlos on horseback by the baroque master Diego Velazquez.

Diego Rodríguez de Silva y Velázquez was born on June 6, 1599, and died on August 6, 1660. The leading artist in the court of King Philip IV, and one of the most important painters of the Spanish Golden Age. He was an individualistic artist of the contemporary Baroque period. In addition to numerous renditions of scenes of historical and artistic significance, he painted scores of illustrations of the Spanish royal family, other famous European figures, and commoners, pinnacling in the production of his masterwork Las Meninas (1656).

I chose this painting because I found it funny to such a young kid riding a small horse.

You want to animate the background view of a text

What we want to do. I want to have control over the shape behind a text view.

And we will also learn how to control that with a slider.

First, create a new project with SwiftUI as the UI framework. 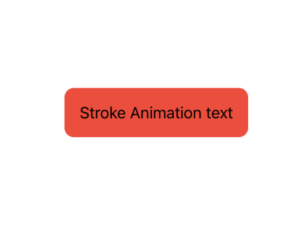 And that will be the base for all animations today.

Add Animation to the Background

There is an interesting function in SwiftUI to trim views. Check below its declaration:

It states that it trims the shape by a fractional amount based on its representation as a path. This means that whichever shape you want to trim, the function will use the shape’s path to create a fraction of the total shape and show it on the screen.

In the real world, we can use that to create animations around it. Check below:

Let’s explain this a little more.

We are using the withAnimation completion closure so every time we receive a new change in the timer we just animate the toggle of the variable animationTick.

Resulting in this neat animation:

But Leo, I want more control over this. How can we do that?

As we said before, the animation is really simple and we are just playing with some values. We can use those values to control the animation with a slider. Check the example below:

Now inside the trim function we have the slider value as our control point. We can now move to the exact point that we want with this kind of technique.

Check the result below:

The last thing I want to show you today is that with very little change we can have a totally different animation outcome using the stroke function.

The stroke function in SwiftUI is a view function that returns a new shape that is a stroked copy of self with line width defined by lineWidth and all other properties of StrokeStyle having their default values. In other words, return the same shape but only the outline line of it.

And what would happen if we add the stroke function after trimming it?

Note that now we are not animating the “to” parameter in the “trim” function.

Resulting in this neat animation:

Today we learned three types of animations using trim to animate simulate a background animation and stroke to simulate an outline animation.

It is interesting to notice that you can animate things in SwiftUI not necessarily animating the component itself, but you actually animate the values that the component or function receives. This abstraction release the developer to think too deeply about how animation should work and that simply happens.

You can also sponsor this blog so I can get my blog free of ad networks. 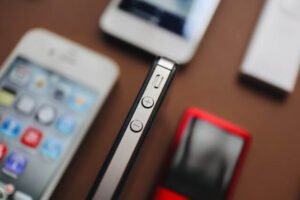 Everything You Need to Know About the New iOS 16.3 Update 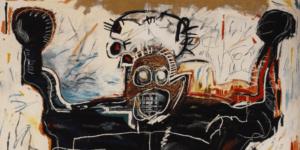 Mastering Error Handling in SwiftUI: A Guide to Presenting Errors