This will be an 1 year blog celebration post. I want to cheer all the readers that have been reading so far, and I'm excited for the new journey ahead.

Of course for this post not to be only me blabbing around wishful words, I'll add some code just for fun.

The painting I chose is The King Drinks, it's a painting from 1640 by Jacob Jordaens. He was a Flemish painter, draughtsman and tapestry designer known for his history paintings, genre scenes and portraits. The painting is about celebration because we're celebrating ONE YEAR BLOGGING!

A little bit of code, the Zip function.

Imagine that you have two lists and you have to iterate over each of the elements only until reach the end of the smallest one.

You can solve this using the zip function.

The zip function is useful when you need to deal with two lists and they have different sizes. But you only have to match items until the smaller one ends. So like the example above, even if one of the lists is bigger, the zip function still works like a charm. The result is: 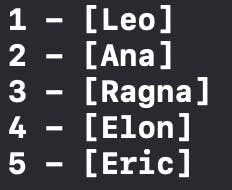 I started the blog because I was in a carrear transition. My background is more or less 6 years of Java development and after that I spent 2 years working as "Scrum Master/ Service Delivery Manager" and it was great. I met wonderful people in the way. One day when I was an Agilist for a bank, I was doing my sheets and reports and one of my team mates, in the case an iOS developer, inquired me if I've already had knowledge about Swift. I said No and he advised me to try it out and see what happens. You guys already know what happened. Swift is the most modern syntax and easy to write and to reason about language that I've worked with in my life, it was love at first sight. So I started studying iOS development and never stopped.

Now the reason I made a blog it's because as I had zero experience in the iOS development field, I needed something to show two things: I'm learning as fast as I can and I have something to show. Now you will ask me: Why not a GitHub repo with sample project? And you are right, I had it too. So my strategy was to build demo projects in GitHub and have a blog, those two together should be enough to get me into the phone interview where I could show my newly acquired skills. And I was right!

After I got the job as an iOS Developer I had a decision to make: Continue or Stop blog posting. The GitHub side projects were great but it doesn't really align with the actual career path that I want to take.

Even working hard in my current job, every week I dedicated some hours to study and write about something I've learned or wanted to learn.

This post will be about the unexpected lessons learned about blogging, not the usual "I could consistently learn for one year straight" or "it's so amazing sharing knowledge with others and having feedbacks". Those lessons are basically defaults for everyone who write so nothing new here. This will be about the other side of things.

I have a very strict timeframe to blog, I try to post once in a week. And I can't spend more than 3 hours to make a complete post because I don't want to be occupied with this for such a long time. I like to write but I have others responsibilities too, I have a wife and a house to take care of. And as I'm not paid to do this, it's just for the community matters.

Finding an interesting topic to write about isn't difficult, the difficulty is to write a post in the time constraint I give above. I would love to write others posts like this: the biggest post I've ever write and it's about frameworks. It has more than 2500 words and it took me two weeks to write. The beauty of it was the fact that I learned so much in the process that now I see the Xcode differently. Now I know why there are at least two blue top symbols on every cocoapods workspace project.

The hard part is having discipline to week after week continue blogging. In my case I don't blog in my mother language, so this put an extra layer of effort to it and an extra layer of gain too. Every week I have the chance to practice my English skills that I surely will use in the future.

Unexpected Lesson 2 - The importance of someone see your work

The image above shows the exact moment that the legendary iOS dev weekly newsletter showed one of my posts.

This definitely I couldn't see coming. It's not the aim of this blog to be famous or relevant in the community, it will always be for my learning and sharing knowledge with the world. Anyway, it's amazing how someone with influence can drag you up to the stars, isn't it? I'm thankful to @daveverwer that choose one of my posts to it's most legendary iOS weekly newsletters and if you are curious about how much this influenced the only post metrics... Look the picture below: 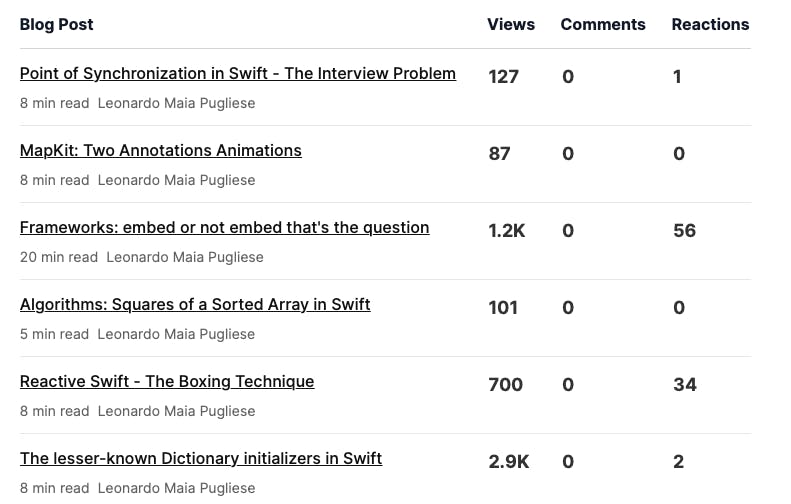 And I definitely don't know why the framework post was so viewed. Google Analytics don't say it exactly but apparently someone in the Hacker News shared it there. I'll have to live with the ignorance.

And these are my total numbers:

Coding for iOS is, until now, the most delightful experience so far. Views are easy to make, Swift is easy to learn. There is a functional programming paradigm (not fully functional but casual to intermediate functional). Setting up a project is very straightforward, depending on how you create a version of the project, you just need to clone and run the app on the local branch.

The community IS AMAZING and I don't know how to emphasize more than that. When I got the iOS developer job I wrote a tweet thanking Paul Hudson, Sean Allen and John Sundell. And all of them congratulate me for that. It was very nice, they are mythical in the community and still they look into the newbies to cheer them up.

There is always a niche that you can explore in iOS. You can go full on Functional Programming. You can play with data bases like core data and realm. You can basically work for Industrial light & magic doing amazing animations in your apps. You can deep dive into the language specifics trying to extract the most optimized code and so on.

Well, if I'm having a little public here enjoying the writings, maybe I could monetize this content and make some money. TL;DR I made precisely zero dollars with this blog until now. Yeah, maybe recommending books aren't the best way to monetize a blog like mine but... I don't have many options. I could setup some " buy me a coffee " though (edit: I won a coffee from Hashnode competition so I sign up for them). Google Ads should be the best alternative but I can't put their ads here so....Who knows?

And after one year I bought this domain Holy Swift to be my new home. It was important because now I feel more connected to this project as it has his own name. I learned how to setup the DNS and other custom things.

I'm very happy with the state of my iOS Blog and I hope you are enjoying this journey too.

Thanks for all the 9k readers so far. 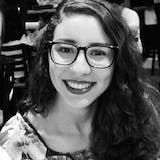 Your blog is great! Keep up the good work 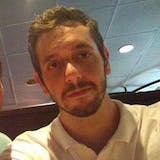 Thanks Ana! This comment made my day! Hope the best for you.